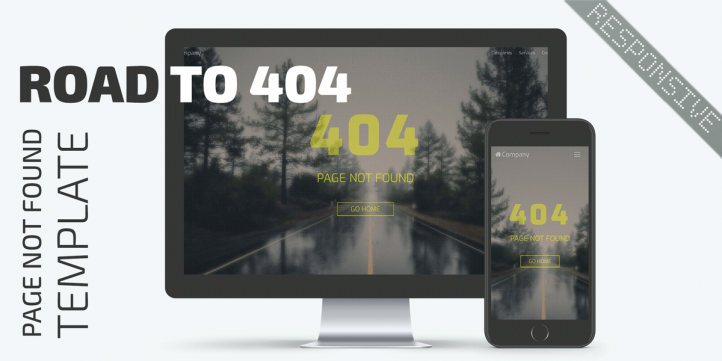 Road to 404 – is an elegant and responsive design 404 Error Page Not Found template for your new or existing website.

Surprise your website visitors with a new cool design of your 404 error page.

The 404 error page is one of the most viewed page your visitors see when you changed the URL of your post or page.

Road to 404 is responsive to all the devices from small to huge. You will be able easily to deploy it on your new website or on any of your existing websites.

Checkout screenshot below and Live Preview